In analyzing his life and career you can see significant support that Steve Wozniak exhibits the aspects of the Myers-Briggs® ENTP Personality Type.

ENTP Celebrity Personality Types have a preference for intuition and tend to gravitate towards and focus on future possibilities. This preference makes them more likely to be imaginative and creative. This powerful preference has individuals like Steve Wozniak appear to other people as enthusiastic innovators. Steve Wozniak is most definitely all of these qualities. He single handedly invented and created both the Apple I and Apple II computers, which launched the Apple Computer company. Steve Jobs gets the majority of the credit for Apple Computers, but it was the creative, conceptual, and innovative mind of Steve Wozniak that created the foundation for what would evolve into one of the most successful companies of the 21st century. (Myers, CPP. 1998)

Additionally, MBTI Test ENTP Personality Types also have a Thinking preference that is utilized in their thought and decision-making process. This tends to manifest itself with individuals preferring to internally analyze their own ideas and decision-making. Individuals like Steve Wozniak with the ENTP Type strongly embrace a love for precision and efficiency, while being very analytical and logical with their thought process. (Myers, CPP. 1998)

A famous example of Steve Wozniak utilizing his genius and ability to prioritize efficiency was in the mid 1970’s when he assisted his then friend Steve Jobs with a project Jobs was hired to do for the Atari Company. Steve Jobs had been hired to create a circuit board for the arcade game Breakout while minimizing the amount of chips necessary in the construction. Steve Wozniak’s creative thinking and focus on efficiency led to a design that minimized the circuit boards construction by fifty chips.

MBTI ENTP Personality Types are also known to prefer to have the freedom to act at the spur-of-the-moment, and can additionally adjust to situations based on their preference for Perceiving. ENTP Types tend to avoid situations that require strict structure that limits their creative or personal freedom. (Myers, CPP. 1998)

Throughout Steve Wozniak’s life, there are numerous items that exemplify his Perceiving preference. After attending the University of California, Berkley for one year, he withdrew in order to focus on his computer-based projects. Later, after successfully forming Apple Inc. with Steve Jobs, he stepped away from the company. He returned to school to complete his college degree and went on to start numerous post-Apple ventures. To this day, he remains candid and at times controversial in his opinion on the company he helped form with Steve Jobs, and his creative and personal freedom he holds so vital and essential. 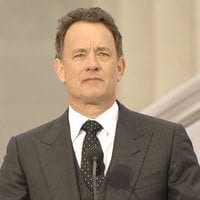 MBTI® ENTP Personality Types are known for being spontaneous and adaptable. Throughout the career of Famous Myers-Briggs ENTP Personality Type Tom Hanks he has been able to smoothly transition from small theatre roles to minor sitcom appearances to slapstick comedies to romantic and dramatic leading roles.  Tom Hanks never had issues with his evolving roles in show business  and has stated how he has never been intimidated by change. (Myers, CPP. 1998)

Myers-Briggs® ENTP Personality Types are also known for being curious and theoretical.  When speaking of his own way of thinking about the world, and the people in it, Tom Hanks states that he is the type of person that spends time pondering, “Why people are as they are… Why bad things happen to good people… The mystery is what I think it is, almost, the grand unifying theory of mankind.1” (Myers, CPP. 1998) Myers-Briggs® ENTP Personality Types are known for being enterprising and resourceful. Most individuals know Famous Myers-Briggs ENTP Personality Type Salma Hayek for her acting roles in movies and television. She had prominent roles such as 1996’s Desperado, 1999’s Wild Wild West, 2011’s Puss in Boots, and guest-starring roles in TV shows such as ABC’s Ugly Betty (where she was also an executive producer) and NBC’s 30 Rock. What is less known is that this famous actress also threw her hat into the entrepreneurial world when around the year 2000 she founded her film production company entitled Ventanarosa. Here she both produced and directed numerous films and projects. (Myers, CPP. 1998)

MBTI Test ENTP Personality Types are also associated with their innate ability to do almost anything that captures their interests. This can be seen in Salma Hayek’s diverse skill set. In 2005, she decided to dabble in the music industry when she directed a video for the musician Prince entitled “Te Amo Corazon” (I love you, sweetheart).  She has also numerous singing credits to her name, including the song Quendate Aqui from the motion picture Desperado. (Myers, CPP. 1998) ENTP Personality Types are known to look unfavorably toward schedules and standard operating procedures. MBTI Test ENTP Types are always moving and change is a natural part of their everyday life. Actor and Famous Myers-Briggs ENTP Personality Type Robert Downey Jr. has had a rollercoaster life that has had its share of phenomenal “ups” in relation to his extremely successful movie career, as well as his share of “downs” related to his  issues with drug abuse. The one constant for Robert Downey Jr. is change. The actor has even been directly quoted in stating how important change is to him, “I guess the issue for me is to keep things dynamic2”. (Myers, CPP. 1998)

ENTP Types are also known to be mentally quick and to enjoy verbal sparring. The ENTP Personality Type Robert Downey Jr. is known for taking these qualities, along with his general eccentric nature, and channeled them into some of his most recent movie characters. This can be seen particularly in his portrayal of Tony Starks in Ironman. The character’s quick thinking, witty, substance indulging playboy billionaire role is said to be a personification of his collective personality over his lifetime. (Myers, CPP. 1998) ENTP Personality Types are known to be creative and imaginative innovators. Famous Myers-Briggs ENTP Personality Type Leonardo da Vinci personifies the ENTP Type through his masterful work as a painter, mathematician, engineer, inventor, sculptor, and writer. Living during the crest of the High Renaissance era, he has been dubbed the archetype for the Renaissance Man. He has also been described as a man of “unquenchable curiosity” and has been said to have a “feverishly inventive imagination”.  (Myers, CPP. 1998)

MBTI® Test ENTP Personality Types are also known to love exercising ingenuity in the world, and at times seem to be able to see into the future. Not only did Leonardo da Vinci create some of the most famous pieces of art in the world, though his inventive nature was near prophetic. Many of his most amazing conceptual pieces found in his notebooks, including flying machines, a tank, an adding machine, and the idea for concentrated solar power, were not physically feasible during his lifetime. All of these ideas would come to fruition, but not until hundreds of years after his death. (Myers, CPP. 1998) ENTP Personality Types are known to respond to challenging problems and situations through creating very complex and global solutions. Famous Myers-Briggs ENTP Personality Type  Benjamin Franklin was a noted polymath and one of the Founding Fathers of the United States. He was responsible for many truths that we take for granted today. Benjamin Franklin was instrumental in the initial campaign for colonial unity that in hindsight was the first step to American Independence from Britain. His inventions changed the world and he was instrumental in facilitating many civic organizations including the fire department. (Myers, CPP. 1998)

ENTP Types are also known for their enthusiasm and energy that they use to bring people together to support their visions. Benjamin Franklin spread his message of criticism of the British monarchy rule in the American colonies through the Pennsylvania Chronicle. It was a major factor in promoting public support for American independence during the colonial era. (Myers, CPP. 1998)